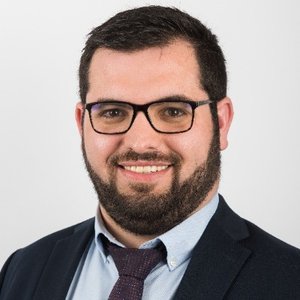 When did you arrive at ECL ? Which degree did you prepare ?

I got my degree in 2016 so I arrived in 2014, I did a MBA in marketing and also the Fédé’s degree in management and business strategy.

Since you have your degree, what did you become ?

I did all my studies in apprenticeship from bachelor to master, so 3 years of apprenticeship, that is something that should be spotlighted for students I think. I came out as a sales representative in computing for the construction and public works industry. I stayed for 6 months because it’s an experience that I did not like so much ; so since 2 years I work for a recruitment agency as a consultant and I am specialized with construction and public works’ jobs. It’s a profession which connects business and profiles studies with personnality and managerial skills’ tests. It’s a very complete position.

Inside the Alumni’s network, do you have examples of professional successes ?

Yes, absolutely, it depends what you call a success, but it’s more about everyone’s projects. For example in my promotion, there was a girl which project was to go abroad, in Spain more precisely, and she was approached by an international recruitment agency which had a division in Spain where she works since. I think I also managed my career for now because today I have a position that is usually held by more experimented people. I also have a friend who’s holding the same kind of position as me, but since a fewer time. So there are some good success stories in the school, probably more but I did not keep relations with everyone to know.

What difficulties do you have to manage the Alumni’s network ?

It’s mainly the lack of contacts, email adresses, phone numbers etc., we kind of need a database and other tools. We had an idea of creating a website associated with ECL’s, which would be a type of intranet to know where people are, in which line of business they work. Because Alumni’s network will have various interests, help with recruitment of interns and trainees from the school, make business between us, and also to have contacts abroad. For example I have a friend who lives in Canada, I can contact her, ask her professional or personal advices, it’s a win-win situation.

Wel also just created an Alumni’s network on LinkedIn but the problem is that I don’t know who to add, we have names, first names of graduates but it is hard to find them on LinkedIn, especially African students who often have many first names. I think that every student who graduates from the school should have a LinkedIn profile, it’s my vision as a recruiter. We should have an Excel file with names, first names, phone numbers, email adresses and LinkedIn profiles’ URL to make things easier. That would enable the school to have a real tracking of its students, and also highlight successes, because we are notified every time someone gets a new position. For example, you can see who becomes a marketing executive in which company, in real terms it should permit to widen the field of possibilities.

Do you organize events or afterworks with your alumni ?

For now no because as I said we lack contacts, but it’s something we would like to do of course ! Anyway on a personal scale that’s something we do on a regular basis with coworkers or former students, but not as part of the alumni’s network. In fact, I think that to create that, we must be supported by the school at least for the first meetings, we could even do this in the school or close to it. Then after that first step, the network will multiply ramifications. Today we are two people at the source, Vivien and me. This year for example, we will have a reference contact that we met, with whom we worked and who is very motivated to animate the network with us. He will kind of be our reference point, he will communicate with his promotion who will then talk to the others etc. That would make us able to develop a work basis and gradually the network will develop itself.

Do you have other ideas for the alumni’s network ?

We already started to talk with a friend of Mr. Diaz that we met at the school and during the Gala this year. That is someone who already recruited students from the school in apprenticeship for his business, he owns various massage salons in Lyon and is a volunteer to help us with our mission. He can also create tools for us because he has skills in applications development etc. I think it’s very interesting, we have to look at what other schools do because we are not going to revolutionize Alumni’s networks. But for example, IDRAC, EDEC have an internal page on their LinkedIn that only students and graduates from the school can access. We are going to approach LinkedIn so we are able to create such a thing for ECL’s students.

Another important thing that started 2 years ago, is to participate in memoirs and business plans’ jury. That’s something we like to do and it makes us able to directly meet alumnis before they graduate. We could also do an annual conference just before the end of studies, in april for example, about what we do after the school and mainly present our network.

I also have a personal project to support students in the creation and management of their professional social medias’ content, LinkedIn mostly, and why not act as a teacher directly in the school. It’s very important for students because nowadays LinkedIn is a real job source, every human ressources’ services work with that tool and recruit people directly with its help. The more your profile is complete and the more it will appear in search results, students will then have better chances to find a job.

Whether you are a graduate or are going to be one, do not hesitate to add them to your network !